A Memorial in Flux 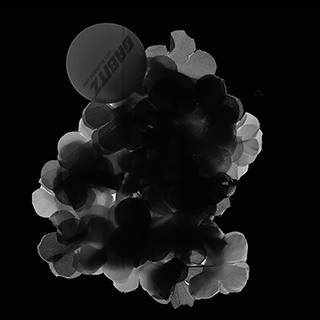 Appearing in our next issue, Amber Tourlentes’s pieces of black-and-white photo-art, “scanner-grams,” are made by scanning the objects of corporate swag given out at the Boston Pride parade. Her scanner-grams turn three-dimensional objects into two-dimensional images, and recall the avant-garde photograms, collage, and agitation posters of Man Ray, Hannah Hoch, Max Ernst, and Laszlo Moholy-Nagy.

Tourlentes visually references these earlier critiques of consumer culture in her own attempt to process the assimilation and commercialization of LGBT culture. When Amber ﬁrst attended Pride parades as the child of a gay father in the 1970s, the event was a protest – in her words, a “symbolic act of ﬁnding a community” staged by members of a subculture. Through the years, as the LGBT community has become visible, normalized, and marketed to, the parade has, for Amber, grown into “an example of how capitalism works—how a public space is used to sponsor, sell, market.”

The process of scanning the swag, visually-ﬂattening out these plastic objects, taking them through Photoshop to look like black and white negatives, taking an almost clinical approach, was a chance for me to give homage to the men who I knew in the South End who worked with my father, babysat and played with me and those still living with AIDS. They and my father’s community… were under a microscope in those years. By placing the logos of banks, technology companies, schools, hospitals, non-proﬁts, and politicians under examination it is a memorial in ﬂux …