Call of the Cult Flick 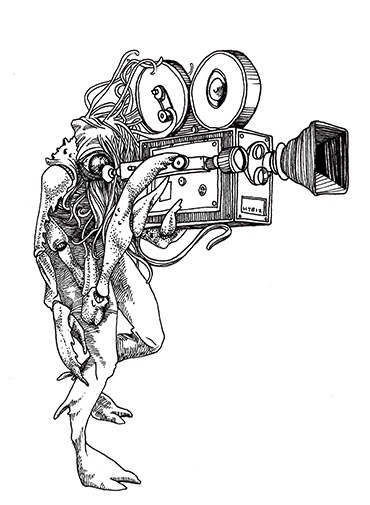 Download “Call of the Cult Flick” by Brian R. Hauser with illustrations by Harriet “Happy” Burbeck.

Harriet “Happy” Burbeck is a New Orleans comic artist, illustrator, and musician. She has shown her work at a number of galleries in the Crescent City, including Mimi’s in the Marigny, Du Mois Gallery, Zeitgeist Multi-Disciplinary Arts Center, and The Candle Factory.